As autumn begins and the leaves change color and fall to the ground in Northern New Jersey, our town of Old Tappan has some informative and fun events to attend to help us enjoy and celebrate the season.

These classes will take place October 17th and 26th, and November 7th and 14th at CDW Middle School from 11:45am to 12:45pm. This is a great way for our town youth and seniors to interact and learn from each other. Seniors can learn some tech tips such as how to Facetime, text, take and share photos, email, surf the web and create documents. Computers will be provided, just bring your laptop, Ipad or cellphone. Lunch will also be provided. For more information or to sign up for a session, contact Anna Haverilla at haverilla@oldtappan.net or call 201-954-7573.

Registration for the costume contest begins at 12:30, and the Ragamuffin parade starts promptly at 1pm. Costume prizes will be awarded by age group and category, and the best-dressed dog even gets a prize! Immediately following the parade are the lawn games, food and beverages and activities such as face painting, a hay ride, and the Old Tappan Maze!

Old Tappan residents can receive 15 free food and beverage tickets by registering online on Community Pass. All other events are free of charge. Volunteers are also needed so please follow the link for more information.

Old Tappan Town Day and Night is back again and better than ever for 2017! Join your neighbors from 1 to 6pm on Saturday September 9th (Rain Date Sept 10), at Stone Point Park for rides, attractions, food and fun. It is always a fun time for the whole family.

The Old Tappan Recreation Commission has put together a great event with awesome attractions for the whole family. Many of our town civic volunteer organizations, clubs and committees will also be there to assist and give information about themselves as well.

There will be Bingo for the adults, a new Dunk Tank, Mechanical Shark, a 24′ Climbing Wall, Laser Tag, Giant Slides and Carnival Games. Also back again this year is the Trackless Train, along with the Dixie Twister and an Obstacle Course! Of course you can also let the kids have a ride on the ponies, as well as pet the animals in the petting zoo. Once you are done there head on over to the Face Painting and Henna Tattoo booth to get some body art or to the Balloon Twister to get a crazy hat.

At 5-6pm, there will be a Limited Super Prize Raffle drawing, so get your tickets early, and be sure to enter or witness the Pie Eating Contest at this time as well.

What’s on the menu, you ask? There will be hot dogs, burgers, chicken wings, pasta, sausage and peppers, pizza, pretzels, fruit, ice cream, Sno Cones, cotton candy and of course beverages to wash it all down!

In the evening, there will be a Fireworks and Music Show at the OT Golf Course. The golf course opens at 7pm, and you are asked to park along Dewolf Rd or walk to the course. Expect the fireworks to go off around sundown. Bring a blanket, beach chairs or find a seat along the fairway. If you plan to dine at the Dewolf Inn, it is recommended that you make a reservation. Children’s finger foods will also be available for purchase. 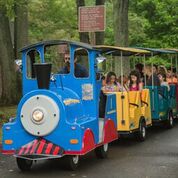 Welcome To The Old Tappan Update 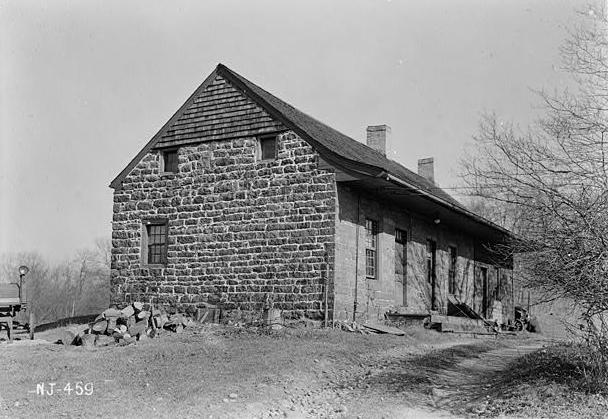 In our first post we provide a bit of the early history of our beloved town. This history is taken from “Old Tappan, Centennial 1894-1994 Edition,” written by the Old Tappan History Book Committee and printed by Simon & Schuster, 1994.

Old Tappan dates back to the year 1682, when the land was purchased from the Lenni Lenape Indians. In 1687, legal title to the “Tappan Patent” was granted by the governor of New York.

Tappan derives from the Lenni Lenape word Tuphanne (reputed to mean cold water)  and was the area around present day Piermont, bordered by Nyack to the North, with the outlying area to the west being called ould tappan. It is theorized as coming from the Dutch uyt-tappan, meaning out tappan and which was then corrupted to oud tappan and eventually ould tappan or old tappan. In any case, the region has been referred to as old tappan since the first settlement in 1687.

That first settlement was by thirteen Dutchmen and three free black men. It is believed to be the only land grant of its kind in the country to include both whites and blacks on an equal basis. The Tappan patent ran westward to the Hackensack River from West Nyack to Harrington Park. For 86 years Old Tappan was part of Orangetown, Orange County, New York. Change in jurisdiction occurred in 1773 and the state line was marked with milestones in 1774, making Old Tappan part of the Province of New Jersey. Soon after the region joined others to incorporate as Harrington Township, and Old Tappan was a part of it for 119 years.

Though no major Revolutionary War events took place within the borders of Old Tappan, both the Baylor Massacre in River Vale and the trial and execution of the British spy Major John Andre in Tappan happened within 200 yards of the borders.

On October 16, 1894 the Borough of Old Tappan was created by a vote of 28-2. It was one of 28 boroughs to organize that year as a result of the State Legislature’s Borough Act to eliminate large school districts and create separate boroughs. By 1900 the population was 269 and in 1904 the first telephone line was installed in Lachmund’s Hotel. By 1950 the population was 828 and Old Tappan joined with 6 other Northern Valley towns to form the regional high school district.

There is a wealth of wonderful and interesting history in the Old Tappan Centennial book. If you are new to the town or have been here some time, we recommend you go to the Old Tappan Library and check it out. It is fun to look back in time and see how the land changed, where buildings or businesses that have long been gone once were located, to see what places are still in existence, and to get a better sense of what this town of Old Tappan once was and where it might now be going.

We hope you bookmark our blog and come back frequently to see what is going on in Old Tappan. Some of the things we will be writing about are our local businesses and citizens, important local news items, our schools and their events, as well as keeping you updated with expert advice on real estate, home ownership tips, and the pulse of the market. So enjoy it, and see you around town!